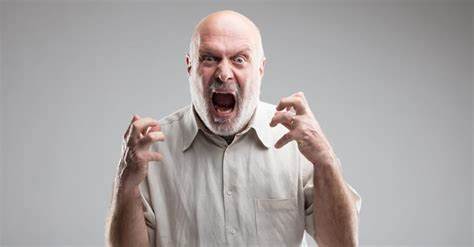 First of all if you are here because you saw the decals on the car. You are in the right place. I’ve gotten many questions as to what and why this website is here. Well I will answer them.

You see this website started out as a personal blog but my ex, Karen decided to make it about her. I’ve tried my hardest not to mention any names, and will do so to try not to but on occasion I may. You see I once was happily married. Rewind to about a year and a half ago…

After being married before I had decided a long time ago that I would never ever make that mistake again, well low and behold I met this women, which I now call the Karen, and she pressed me to marry her, and I honestly thought it would last forever.

Karen as I call her had another child, and her mom got custody of him when she moved in with me and abandoned him. Why she abandoned him basically turns out that she wasn’t able to care for him because she was worried more about her drugs and her mental illness allegedly. So a year later we had a child, and this child was born at 24 weeks, a pound and ten ounces and has fought for her life. She currently has a trach in her throat, and has had heart surgery among other medical issues.

New years day of 2019 I came home to find my infant daughter hooked up to her ventilator, and heard it going off and no one was tending to it. I broke into my own home. Saved my babies life only to see my loving wife naked in bed with my adult son. At first she claimed rape, and then I got his phone and saw all the videos of him pounding her over my sofa, bed ect. then they claimed they were in love, heck she’s even told people I had sex with both of them! Well anyways it was a lot for me to handle so of course I got upset, but during all that I failed to tell them until court that I also had pictures of them in bed together. A month later she filed false PFA’s on me, and even some on our daughters behalf, and we both went court crazy! She had me kicked me out of my own house with a false dismissed PFA and tried to run away. A week later I got my house back, and a few months of her playing these court games I got full primary custody of my daughter per a fair arrangement worked out in the court system.

Since then she has been through 3 different boyfriends that I personally know of. Allegedly, she has been homeless, is on drugs and now lives in a rooming house above a former bar. If you ask her she would be the one to say I was on the drugs, and that I’m narcissistic. I’m the one that provides for our daughter. I have apartment big enough and don’t have to share bathrooms with other people. Karen is the last person I want to control in her opinion for the official record. If she promised to leave the state I would purchase her a ticket to anywhere in the country and tell her to never bother me and her biological daughter again. FACTS…

I tried to be her friend, and would always welcome it if she actually reaches out, and maybe if she choose the counseling way so we could actually get along because I don’t have the issues.
No one should be chased to be a parent, and I don’t care who it is. Her men in my opinion seem to get in the way of her being a parent. Since my court win, she has never supported of provided my daughter with anything let alone a pack of diapers. People that really don’t know the sitch think that I am some crazy guy that wants my wife back when that is the total opposite as I’ve mentioned above I can’t stress that enough as my personal friend that paid me a visit was trying to make me believe. Trust me dude you can have Karen, you all are made for each other.

I would of left well enough alone except the fact that after this website url got out from her mouth to everyone she wanted to have attack me, and believe me I got some horrible threats that you can read under the “Dear Mommy” post, which was one of the first ones here, Since one of her boyfriends set a car on fire across the street from my house in my opinion. They continuously threaten to harm me and my daughter. I tried to reach out to the Columbia Borough Police Department back in Feb/March of 2020, and he told me that I was a horrible human being for posting my feelings on this website, and it was all my fault that I did this to myself. Well after all this was said and done finally someone figured out that me and my 3 year old daughter, and other children were really being singled out to be harmed. I was told assassins’ were coming to kill us, and on the same night of the threat I watched them walk past 3 times, and I also had it on video. I had her boy toy’s step father come to my store and get into my business down to threatening me in a friendly way. How does that one go again.. Ahem.. “You know Frankie.. I would be bad if something happened to you and your family because of your feelings…” Kinda like a mobster movie. Thank you for my cameras everywhere, that now cloud to the internet, and yes I’ve shared me password with someone you can never reach, and hurt. I just know that cameras would not protect me from a arsonist burning down the apartment, unless I clouded things. What you all see as anger on my part according to some people is me just being scared for me, and my three children that live here, I hope the arsonist doesn’t come back to finish what he started. No piece of butt is worth all this…

At the end of the day there seems to be a lot of Foul People in my town that I will be writing about. Thank goodness I still have my freedom of speech right. Finally a police officer actually is investigating the threats, which I thank him kindly. I don’t hate the other police officer, but I feel like his opinion had nothing to do with the facts, and what he should of done with his duties in my opinion, I know that really doesn’t matter in this day and age, the world is going to shit, and no one seems to care or not enough people . I know one thing. If I was the one making the threats I would of been in prison, but figuring she has breasts and a vagina she can just wiggle her way out of it. Just my feelings. So a few senerios I could see taking place are

2. my assassins will get me and my daughter because hey.. They already started a fire across the street to make their point clear.

3. Mayne the ex will step up and and try to be there for her daughter and buy diapers ect, and be civil with the communication, bc trust me I don’t want you all near my house, and I do my very best to avoid you. I don’t even shop where you work at anytime because you work there, and I don’t want your crazy Karen issues. It’s not like I am expecting that though because Karen doesn’t even see her son that her mother took from her. So till then please enjoy this personal blog.

Rest assured though this blog will not solely be about any single individual. I have a lot on my mind, and there are some very foul people in the town of Columbia, Pa, located in Lancaster county so you never know. You may see someone or something you can relate to, and who knows if you one of those foul people it may be you…

Have a nice day 🙂

-Brother screws sister after thier father introduces them!

Video of the day

You may have missed

-mother shows up to school drunk

– a letter to my daughter…

-manager gives Herpes to employee trying to work her way to top!

-public urged not to eat the fish from susquehanna river